When The Wind Is Knocked Out Of Your Sails

The wind is a mysterious element. In his Gospel, John says of the wind, “The wind blows where it wishes, and you hear its sound, but you do not know where it comes from or where it goes.” Yet, the son of David says in the beginning portion of Ecclesiastes, “Blowing toward the south, then turning toward the north, the wind continues swirling along; and on its circular courses the wind returns.” While the wind is a mystery, like the rising of the sun, it will always return, though it may leave for a time.

After returning from a two week non-stop trip in Guatemala and Honduras, I was greeted with a flu which prohibited any sort of effective rest. Of course, the following week was Easter, only the biggest week of the year for pastoral staff. And after that, it was time to look for a new car since my Jeep has been having problems for years. But after a couple of unsuccessful trips with my credit score being subpar, I then found out I have a tooth so bad it needs to be extracted (Because root canals are way too expensive with no insurance). Unfortunately, the pain has been let’s just say unpleasant. As the saying goes, it’s been one thing after another, and it’s been difficult to get any traction moving forward since returning home.

I’ve been struggling with a lot of things, not the least of which feeling overwhelmed with everything I need to accomplish. So I decided to talk with my pastor and be honest with him and where I’m at. He said, “Justin, it just feels like you’ve had the wind knocked out of your sails.” And he was right. It’s been hard to sleep, hard to get up, and hard to get things done. And let’s be honest, that’s all part of life. But the reality is that beneath all these hits is a spiritual warfare that’s not only digging at my physical and emotional body, it’s also affecting my spiritual body. And it’s hard to move forward when all three areas are taking a toll.

With some great wisdom, Pastor Ed told me, “when I’m in those moments where I feel overwhelmed, I try to get as close to Jesus as possible.”

I’m immediately taken to the story in Matthew 8 where the disciples are on the boat on the Sea of Galilee and a storm pops up. The disciples, who are mostly fishermen and have lived on the sea, are afraid of this storm. Remember, these are fishermen who’ve probably sailed through a hundred storms before. This suggests that this storm was no ordinary squall on the lake. So they ran to Jesus, who was ironically sleeping. In this episode, we’re reminded that Jesus is just as cranky as we are when we’re abruptly woken up from a nap and says, “Why are you afraid, you men of little faith?” And Jesus immediately takes care of the storm and their fears, albeit with a bit of righteous grouchiness.

Why do we run to Jesus? Why do we need to grow closer to Jesus, especially in times of trouble and hurt? Perspective. Jesus reminds us who we are as children of God. He gives us a perspective that helps us shift our mindset from victim to conqueror. We run to Jesus because we know that gives us hope in a hopeless situation. He reminds us that even pain and suffering is temporary, but His love and His Kingdom endures forever. We don’t have to live in fear or overwhelmed. We can live and exist in a world that is beyond those things. And though a storm may pop up with too much wind or you find yourself in the doldrums with no wind, God is still in control. And the Lord calls us to be obedient to Him in any situation we find ourselves in. The wind will come back, friends, but in the meantime, sometimes being obedient means we need to paddle, swim, or walk on the water itself in order to continue pushing forward.

Don’t get me wrong, I’m not saying that my situation this last month has been painstakingly terrible (though having a tooth pulled may be hell itself), but it has certainly rendered me almost useless in terms of being productive. But I must choose to run to Jesus. I must choose to live in a Kingdom of hope that all things work together for those who trust in him (Romans 8:28). This verse doesn’t mean everything will be perfect the way I want. It does mean that through the Holy Spirit we can view our challenges and sufferings in a way that produce perseverance, character, and hope, “and hope does not put us to shame, because God’s love has been poured out into our hearts through the Holy Spirit, who has been given to us” (Romans 5).

Let us choose Jesus this week!

You have Successfully Subscribed! 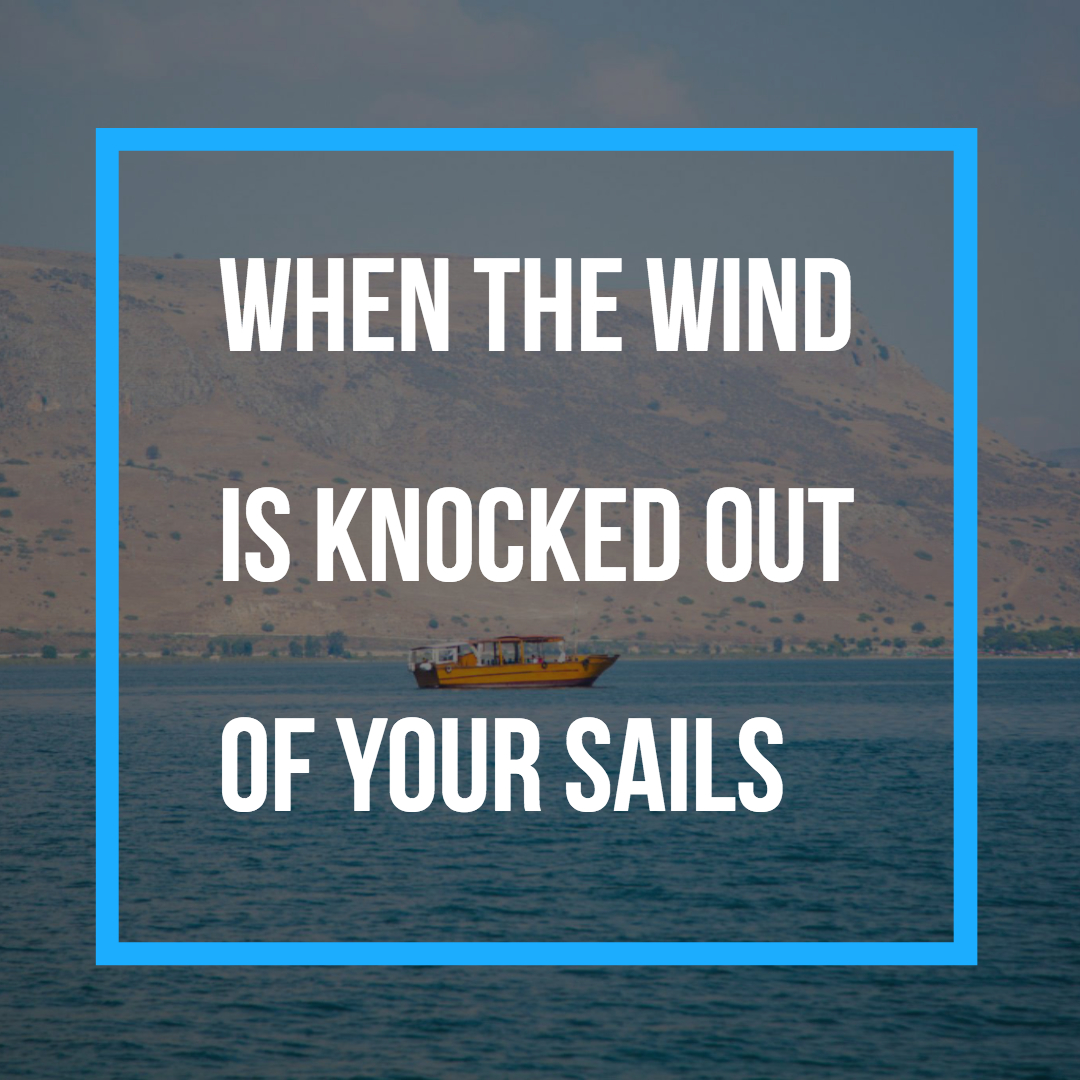 Justin is a lifelong student who loves to travel, film, write, design websites, and life coach. Most importantly he loves to Pastor in all different kinds of ministry settings. He’s also an avid pizza lover, metalcore listener, and shot glass collector.

Use Our Prayer Wall
Submit Here